This year’s theme:
“The Mind & Soul Is More Precious Than Gold”

The Purpose of the Hip-Hop, Mental & Spiritual Health Campaign is to:

USING A HOLISTIC & PUBLIC HEALTH STRATEGY TO IMPROVE PUBLIC SAFETY
Poverty, Illiteracy, and Mental & Spiritual Illness are the Root Causes behind most of the social problems we are confronted with daily. These problems include: crime, violence, suicide, homicide, substance abuse, unemployment, dropout rates, obesity, hunger, homelessness, sexual abuse, and human trafficking. Our economy, law enforcement, healthcare and political systems are facing a crisis, which threatens the safety and stability of our nation. To add gasoline to the fire, COVID-19 has increased the chaos and human suffering that divides our nation, making life even worse for those who were already marginalized before the Pandemic. Though our country is great, we have never lived up to our full potential because issues surrounding racism, religion and mental health hinder us from reaching new heights. After 43 years of focusing on the symptoms, we will now use a Holistic & Public Health strategy targeted at the Root Cause of the problem. This new innovative solution is what we need to address the crisis and revitalize America. As the fight against COVID-19 continues and we work towards normalcy, there is so much work to be done. To give you a snapshot of just how bad things are and why we need an overhaul, take a look at the following shocking data. A message to our nation – as the 1989 hit song says: “You’re headed for Self Destruction.”

Click here for info and to join the A-GROUP

Click here to fight obesity with The “Fitness Sheriff” and the Exercise, Diet & Spirituality (E.D.S.) initiative.

Click here to support the Guns Down Knuckle Up Campaign 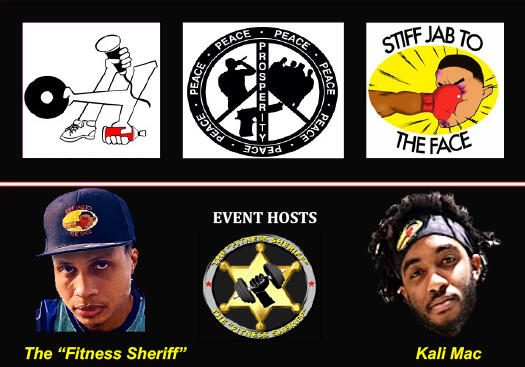